It is with profound sadness and a deep sense of loss that we report the passing of Dr. Tom Barnes, Professor/Extension Wildlife Specialist at the University of Kentucky. Tom passed away at his home in Barbourville, KY. Tom was a well-known and respected member of the Forestry Department and College of Agriculture, Food and Environment family for almost 26 years – he will be sorely missed. 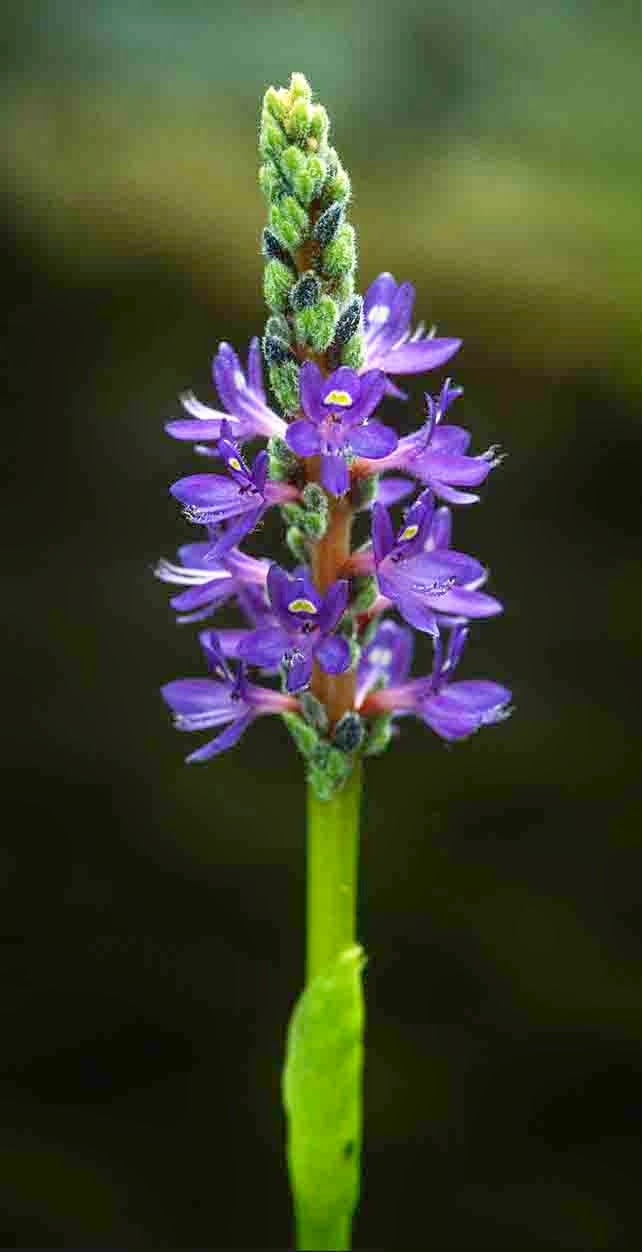 This is a water's edge plant and typically grows in mud with water covering the rhizomes.  It can form vast colonies in the wild but is tamed in the water garden by growing in containers with rich loamy soil covered with a few inches of water.  It flowers from late June through summer and the flower spikes occur on glossy green arrow-shaped leaves.  The flowers give rise to distinctive seeds with toothed ridges that can be dried and eaten with granola. The entire plant gets 2 - 4 feet tall and it must be grown in full sun. The plant gets its name from the Northern pike or pickerel fish from which it is believed to coexist with.
Posted by Dr. Thomas Barnes No comments: 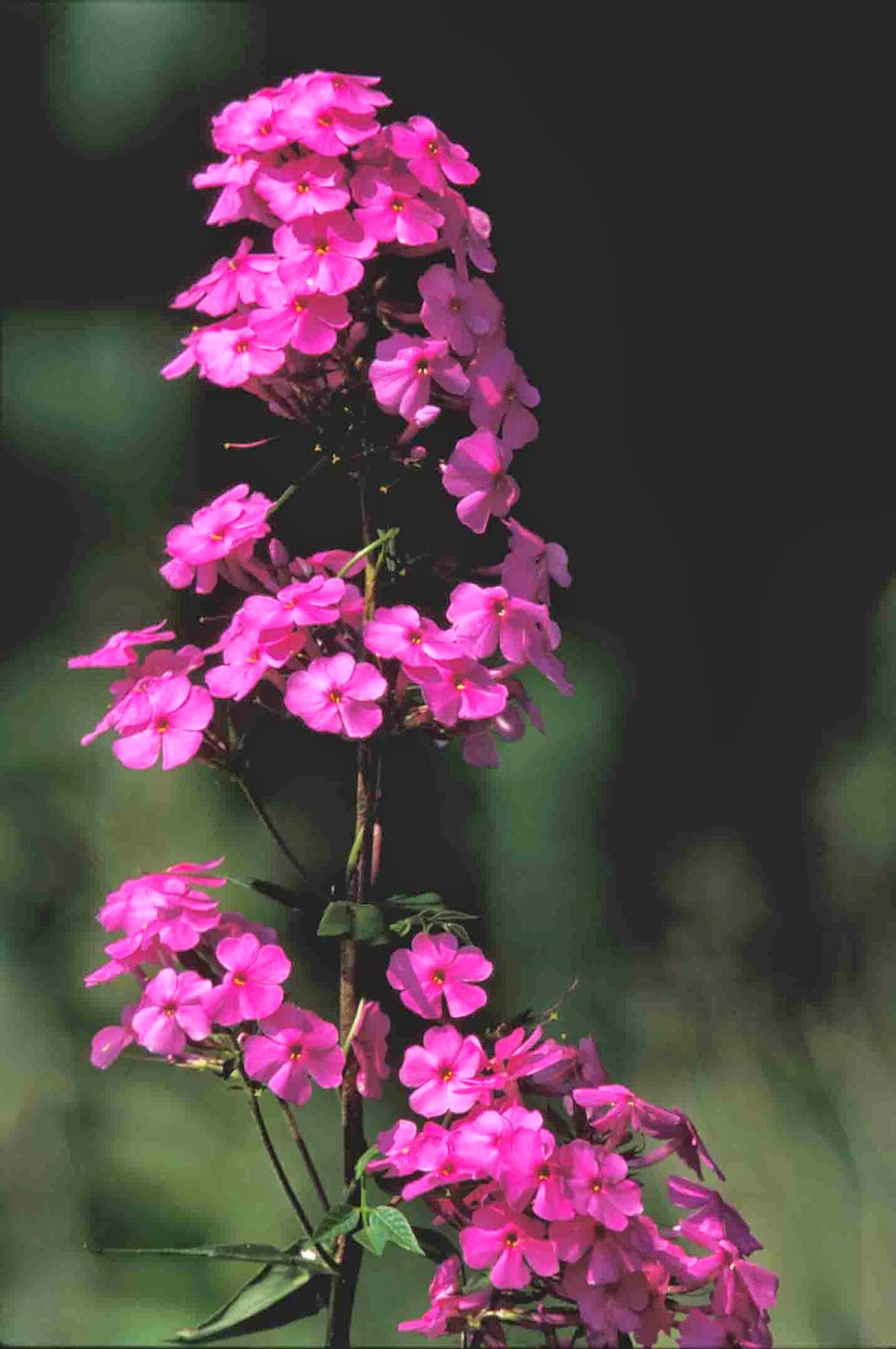 This is a superior summer blooming phlox compared to the commonly available garden phlox (P. paniculata) because it is not susceptible to powdery mildew or root rot.  It is fairly easily grown in medium soil, full sun and should not be over-watered.It is rhizomatous and clump forming and can reach 2-3' tall.  It is a deep pink color and hummingbirds are attracted to the slightly aromatic flowers a good summer mulching will help the species thrive and individual flowers should be deadheaded to keep the species blooming throughout the summer,  The lance-shaped, finely toothed leaves can reach up to 5" long and appear on reddish spotted stems (hence the name from the Latin - maculata - spotted).  This also makes an excellent cut flower.This species is often called Wild Sweet William.
Posted by Dr. Thomas Barnes No comments:

Plant of the Week: Penstemon smallii 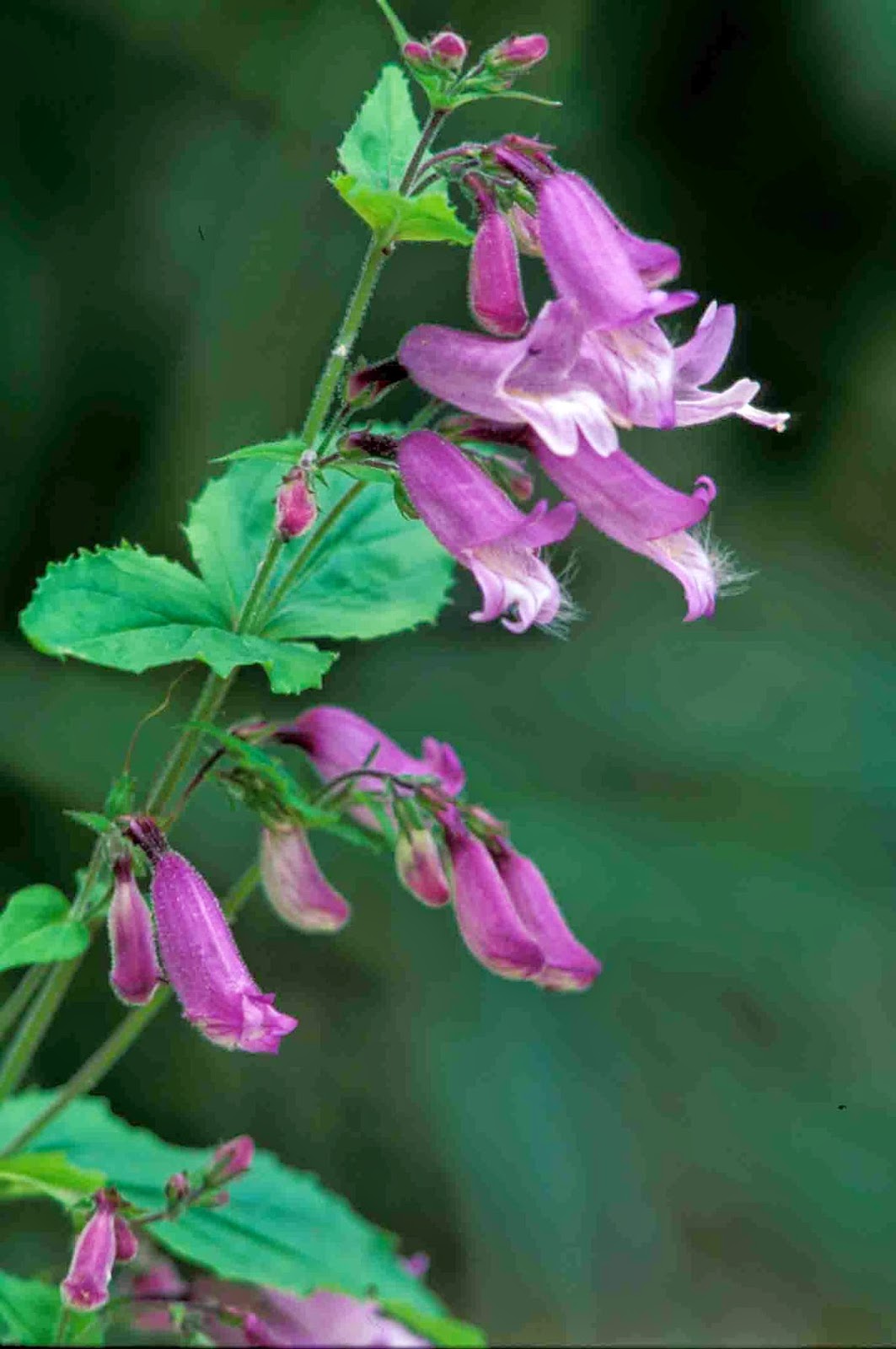 This is one of the showiest of all the beard-tongues and naturally occurs in TN, GA, NC, and SC but grows absolutely fine here in Kentucky.  The 2 - 2.5' tall plant flowers in May and June for an extended period and it has such a wonderful deep lavender color to the flowers. This is a good drought tolerant plant and prefers sun to partial sun and will thrive more in poor, shallow soils rather than good, rich loamy soils.  It has a tendency to be short-lived in good soil. The flowers are attractive to hummingbirds and bees and the plant is somewhat deer resistant. Native Americans chewed on the roots for relief of tooth cavities and to treat rattlesnake bites. A good companion plant is bluestar (Amsonia taberna  montana) 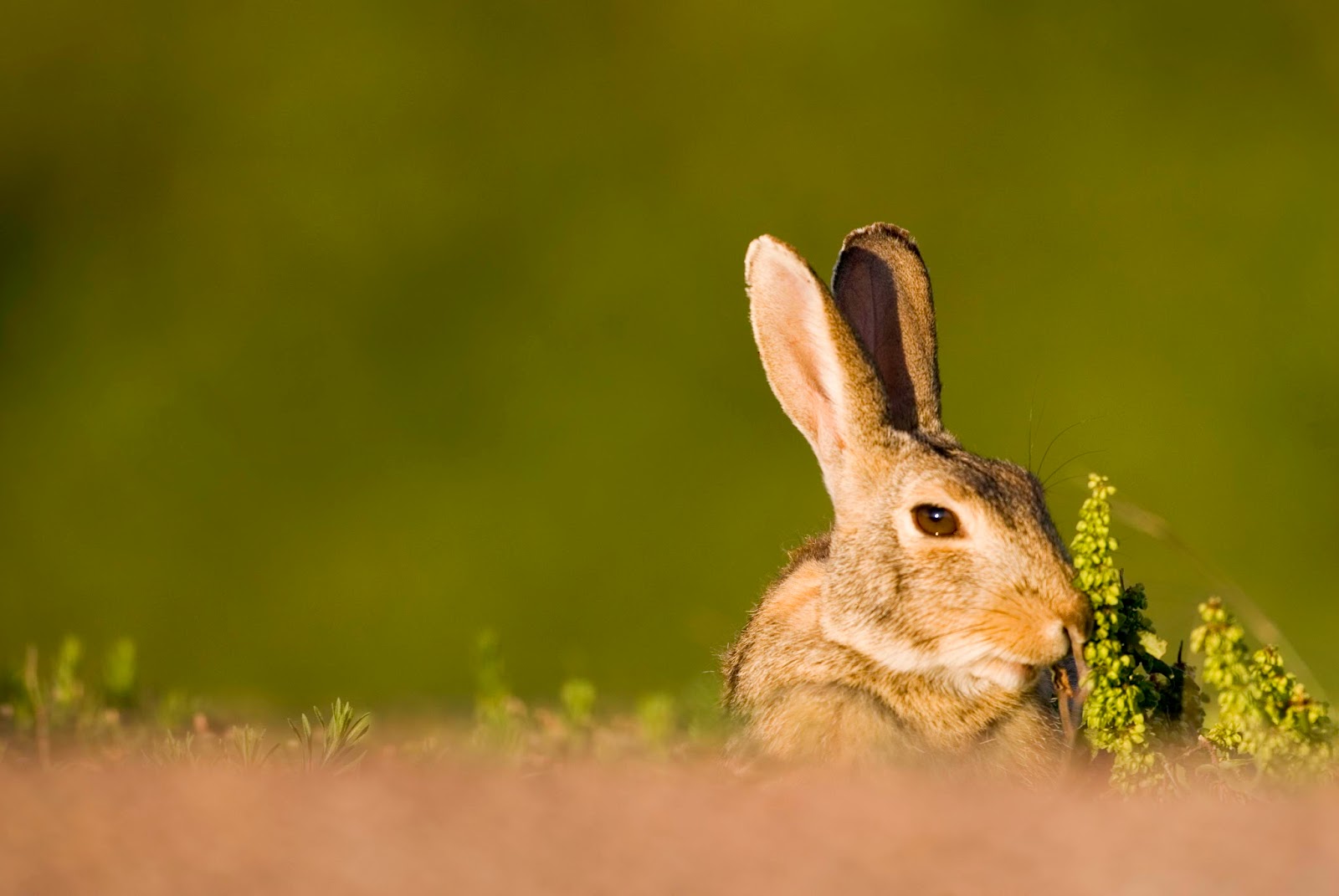 Wildlife Extension Specialists have long held the belief that permanent fencing is the best method of permanently solving wildlife damage problems. I think I have heard of every type of repellent used including mountain or coyote droppings, human hair, human urination, and the list continues.  In addition people swear by such things as soap or certain chemical repellents.  The research based information for the past three decades hasn't changed; repellents are simply not as effective at deterring browsing animals as are fences. A new study in the Journal, Human-Wildlife Interactions, two authors from CT tested 8 commercially available repellents against two fences and the fencing won out each time. None of the repellents worked 100% of the time and the blood-meal based product performed the best of the commercial repellents. Those containing putrescent egg solids sold next best.  If considering the use of a commercial repellent, be sure to calculate the cost of treatment and re-treatment and in the long run, you are better off building a good rabbit proof fence to keep them out of the garden. 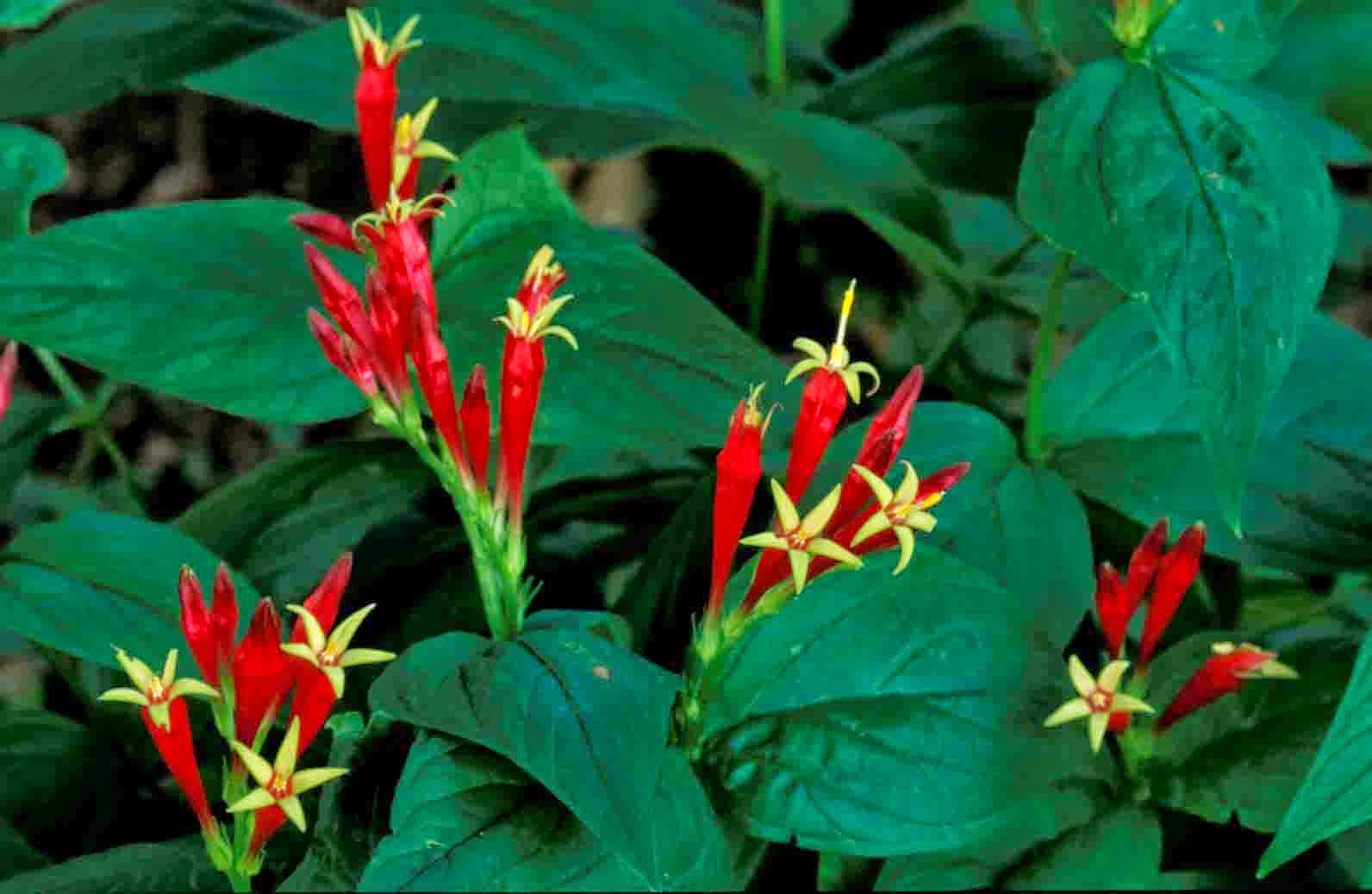 Early summer in most woodland gardens is pretty boring because the spring ephemerals have flowered and are gone and the later summer lilies, cohosh and other species have not yet flowered.  This plant, which is not that uncommon in southern Kentucky is a real gem of a woodland edge or woodland flower and is quite at home in full shade, full sun, part shade and full sun for much of the day.This is an easy to grow species in rich, moist soil and will spread over time to form large colonies in some cases supporting over 75 individual flowers in mature clumps.  It flowers in late May and June and if you cut back the flowerheads, it will rebloom during the summer. The glossy green pointed egg shaped leaves grow up to 4" long and the flower reaches heights of 2".On top of the already mentioned great attributes, this species only gets about 18" tall.  This can also be easily divided and moved to other areas around the garden. The Cherokee Indians used this as a ritual or ceremonial herb to induce visions and to foretell the future. There can be no doubt this is a real show stopper in any perennial garden.This plant has no known disease or insect problems and the one great attribute about this species, is that it is a hummingbird magnet, right up there with cardinal flower.  One combination I like for real show stopping is to use sundrops (a bright yellow and showy flower) as an accent to the red flowers of Indian Pink. Finally, this species enjoys being drought tolerant.  Because of its showy nature, numerous nurseries sell this species.
Posted by Dr. Thomas Barnes No comments: 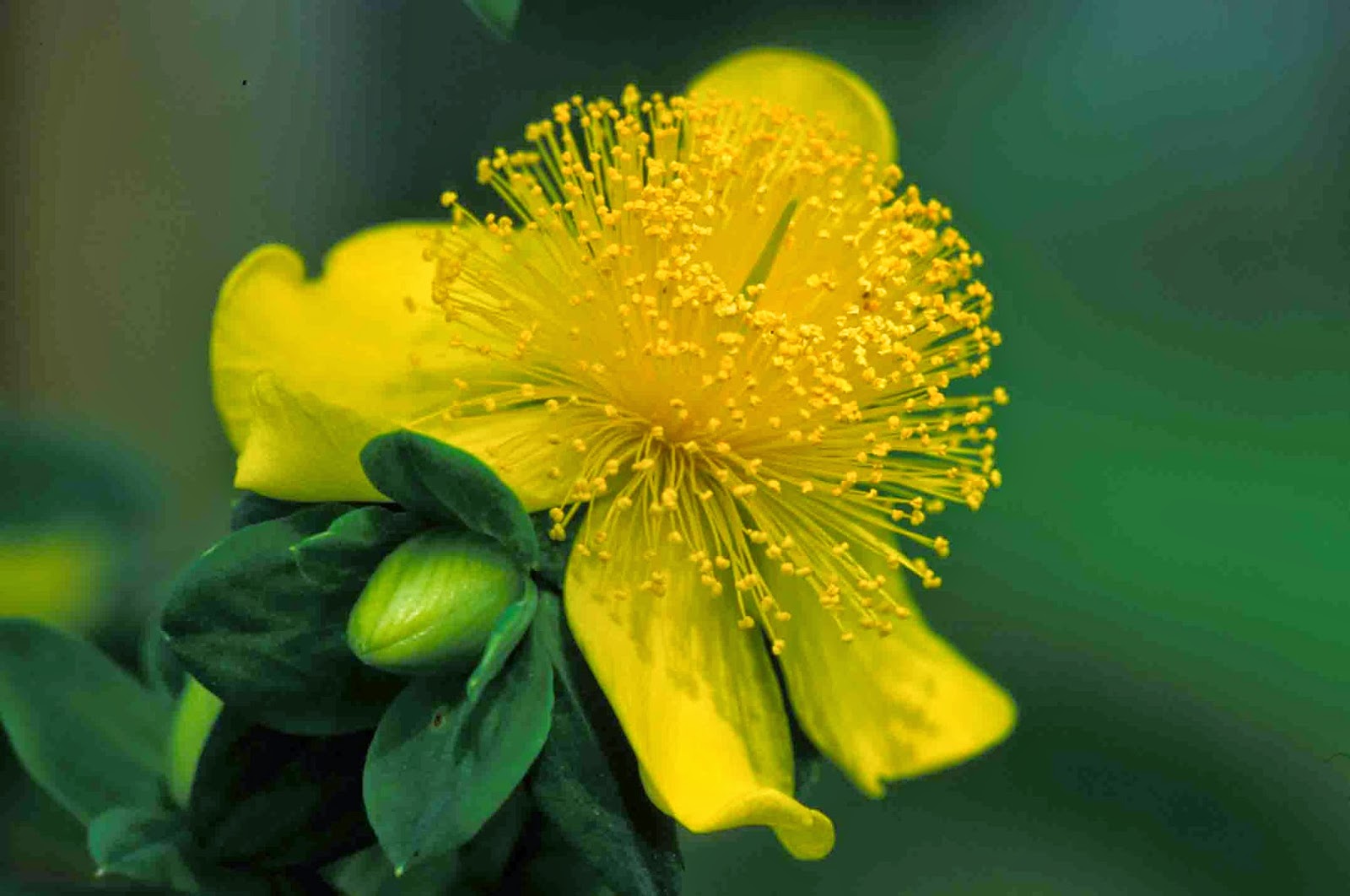 Imagine an easy to grow shrub that in the wild can reach 6' tall or more but in the home landscape there are cultivars like 'sunburst' that get 3' tall at most and 3' wide.It has somewhat flat linear almost bluish leaves that are bright green and up to 3" long.  This plant likes full sun to partial shade and rich sandy loam soils but does well in landscape plantings.  It bears flowers on new wood and thus it should be brimmed back, and the roots mulched, in late fall. While the entire bush can be covered with these beautiful 2" wide flowers, the reddish fruits are also quite attractive in late summer and fall. This is a drought tolerant species and prefers limestone, but will do okay in other soil types.  It is somewhat susceptible to wilt and root rot.  The genus.Hypericum has long been noted for its medicinal properties and H. frondosum has been reported to heal conditions ranging from muscle pain and skin burns to depression, ADHD and Parkinson's disease.
Posted by Dr. Thomas Barnes No comments:
Older Posts Home
Subscribe to: Posts (Atom)