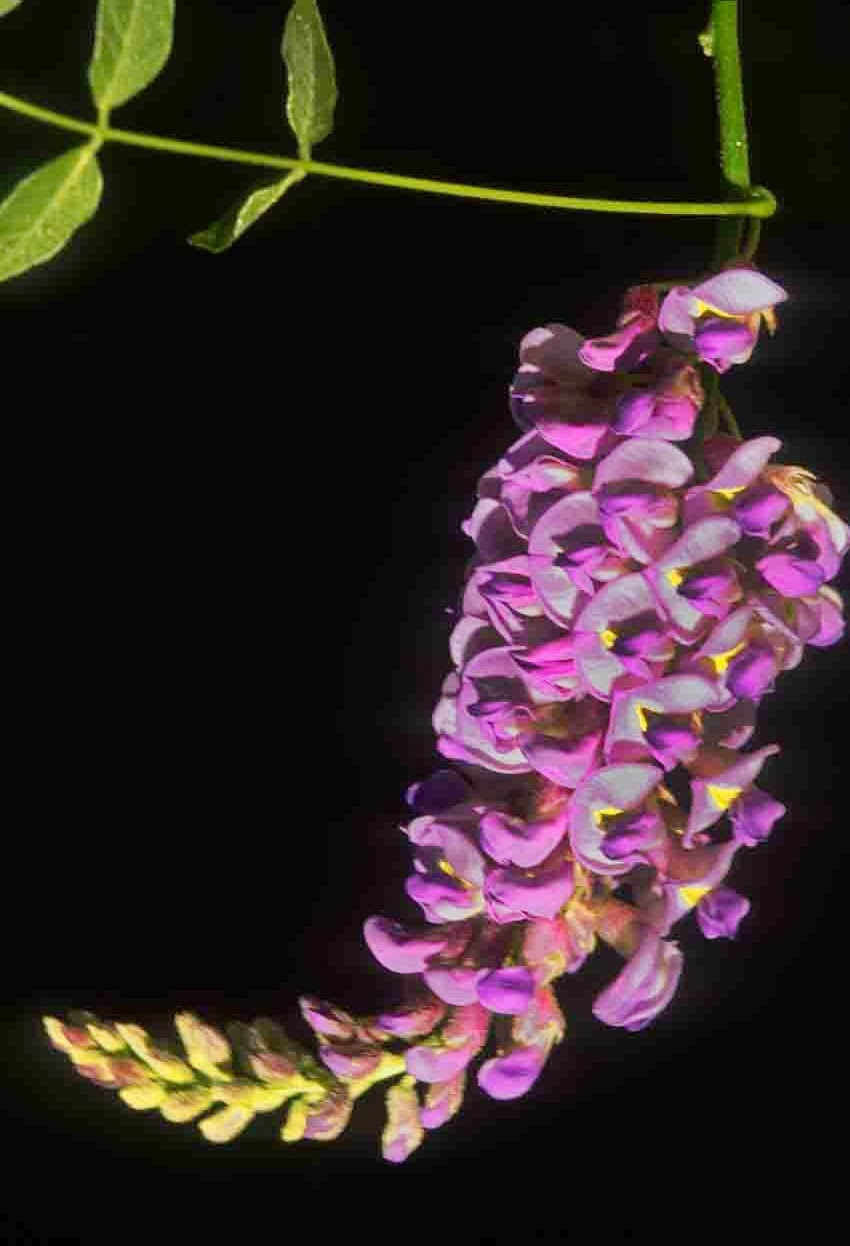 I remember the first time I saw this vigorous deciduous vine draping over tree branches while floating slowly down the Kentucky River in early May.  It was almost breath taking to see these large masses of mauve flowers in cluster after cluster after cluster.  My next encounter was with it growing along the banks of the Cumberland River near Eagle Falls and it was twinning all over the rocks putting on quite a show. The American wisteria is a much better garden plant that either the Chinese or Japanese species because they are not nearly as invasive, they flower quicker, and they are not frost sensitive.  The Chinese species is definitely invasive and this is one case in the horticultural industry where the native species beats the alternative hands down.  This species often blooms in the second or third year after planting and choose your site carefully because once established, it does not like to be moved around the landscape.  These can get to be large vines growing up to 30' tall but you can vigorously prune and train it to make it flower more profusely and to control the size and shape of the plant.  If planting on a trellis or an arbor make sure the structure is built solidly because the vines can become quite heavy.  I actually like this planted along a retaining wall or fence where it can roam and show off the beautiful flowers.  The leaves have 9 to 15 opposite leaflets with one leaflet at the tip. The flower clusters range from 6 to 9" in length and only appear on new wood, meaning vigorous pruning helps with flowering which usually occurs in early May.  There is a white flowered form called 'Nivea' in the trade. 'Amethyst Falls' is the most common cultivar in the trade is the least invasive of all the varieties.  This plant should be planted in the full sun in well-drained soil.  If you prune the flowers after blooming, quite often you will get a second set of flowers in late summer.  While it can be confusing to tell the difference between the native wisteria and the Asian species, some good characteristics include the native species is not fragrant, grows to about two-thirds the height, the flower clusters are the smallest of all species (Japanese can be up to a meter in length), the seed pods are smooth, it has a shorter flowering period, and the flowers appear after the foliage has developed.
Posted by Dr. Thomas Barnes